This article explores the East Region and Central Region where more than 5,300 flats are estimated to obtain their MOP this year.

They comprise 728 flats in Bedok and 902 flats in Tampines in the East Region, and 3,744 flats in the Central Region in Bukit Merah, Queenstown, and Toa Payoh. All five housing estates are mature HDB towns and they tend to be popular among home buyers. In this article, PropNex Picks showcases four projects that may interest buyers: Telok Blangah ParcView in Bukit Merah; Ghim Moh Edge in Queenstown; Toa Payoh Crest; and Tampines GreenEdge.

But first, some of the key regional highlights of the East Region and Central Region. Speaking of Eastern Singapore, a few things come to mind – the Changi Airport, East Coast Park beach, hawker fare at Changi Village, and the Tampines regional centre. The East is set to be even more vibrant with more industry clusters in Tampines North, Pasir Ris, and Changi, as well as the redevelopment of the Paya Lebar Air Base and Changi Airport expansion in the future.

Meanwhile, the Central Region will also see exciting plans unfold in the years to come, including the Dover Knowledge District – an extension of one-north – and the upcoming residential precinct at the former Keppel Club site. There is also the future Greater Southern Waterfront development that will enliven the Central Region. BUKIT MERAH
Telok Blangah ParcView in Bukit Merah was offered for sale under the July 2013 Build-to-Order (BTO) exercise. The project comprises 1,480 units of studio apartments, 3- and 4-room standard flats across seven 30-storey blocks. It will appeal to those who wish to live in the city fringe and close to nature. 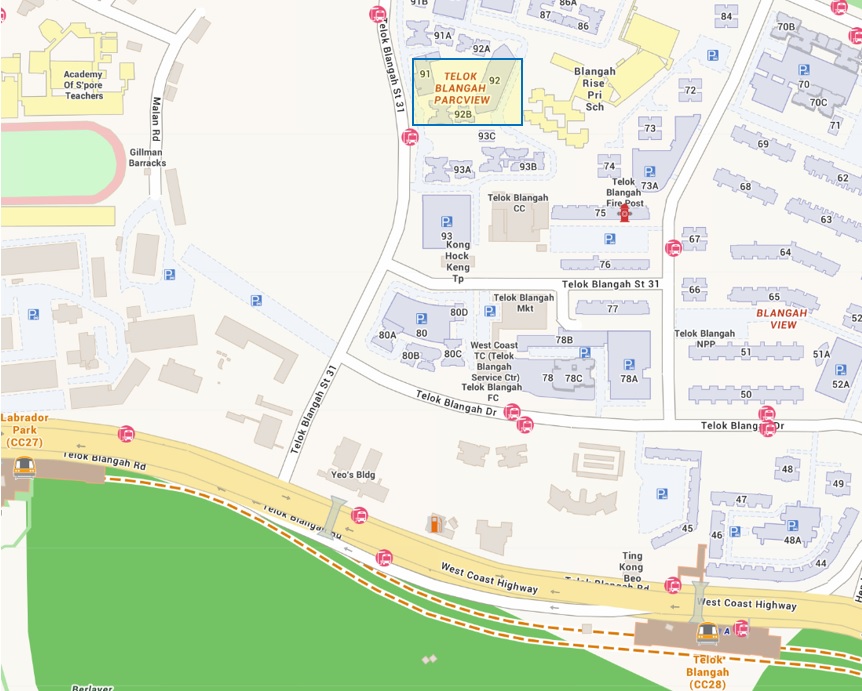 Amenities:
Telok Blangah ParcView is located about 600 m from the Telok Blangah MRT station on the Circle Line. With the completion of three stations – Keppel, Cantonment, and Prince Edward Road – in 2026, the Circle Line loop will be closed, connecting HarbourFront to Marina Bay station. This will provide seamless travel to the city via the Circle Line.

The project has its own minimart, eating house, shops, childcare centre and senior care centre. For more retail and F&B options, residents can head to Telok Blangah Market and Food Centre, Harbourfront Centre, Vivocity, and the Alexandra Retail Centre.

QUEENSTOWN
Ghim Moh Edge in Queenstown was launched for sale under the November 2012 BTO exercise, offering 1,179 units of studio apartments, 3- and 4-room standard flats. The project, which comprises five 38-storey blocks is bounded by Commonwealth Avenue West and Ghim Moh Link. As at 17 August 2022, there have been 20 resale transactions – 10 deals each for 3- and 4-room flats – at Ghim Moh Edge starting from April. Resale prices of the 93-sqm 4-room flats ranged from $703,200 to $1.018 mil, according to transaction data. 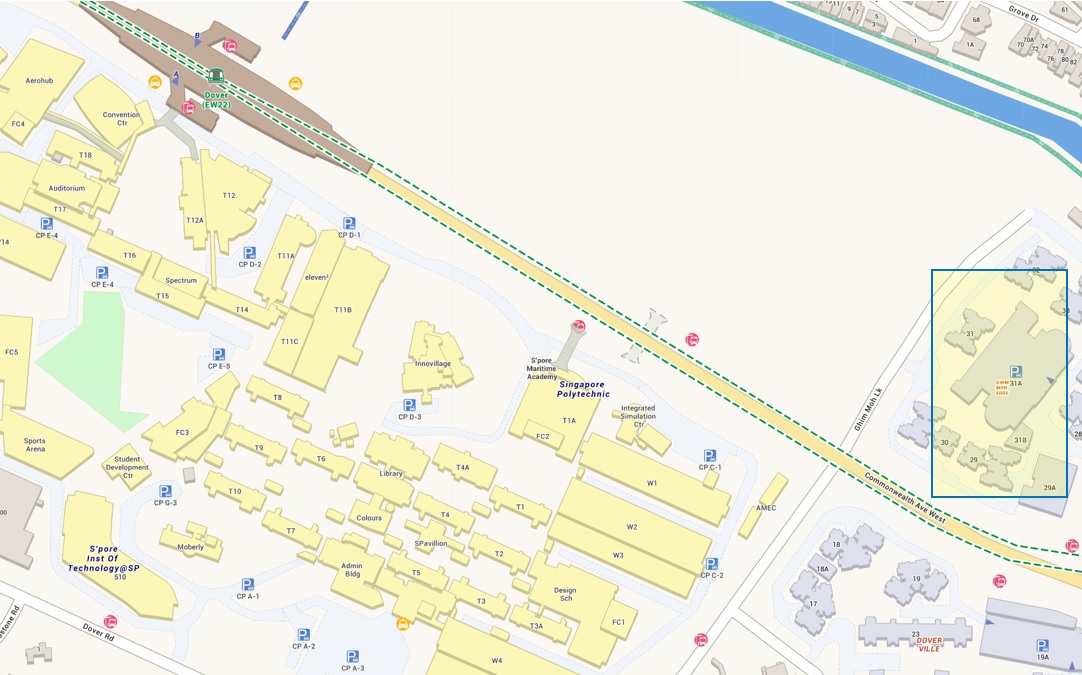 Amenities:
Ghim Moh Edge is located between the Dover MRT station and Buona Vista MRT interchange station, which connects the East-West Line to the Circle Line. It is estimated to be about 650m from the two stations. The project is likely to be very attractive to families with school-going children as it is right across the Singapore Polytechnic and has several schools nearby too.

There are also a range of amenities in the area such as the Ghim Moh Market and Hawker Centre, The Star mall, Holland Village, and the upcoming Rochester Commons. Ghim Moh Edge also has a wide range of conveniences – eating house, shops and supermarket – at its doorstep. Those working in the nearby one-north R&D precinct may also be keen on resale flats here.

TOA PAYOH
Toa Payoh Crest which comprises 1,007 flats was offered for sale under the November 2012 BTO exercise. The project features studio apartments, 3- and 4-room standard flats in four 40-storey residential blocks. The HDB had said during the BTO launch that Toa Payoh Crest is one of the tallest developments in Toa Payoh town. Units on the higher floors should command a good view of the surrounding areas. 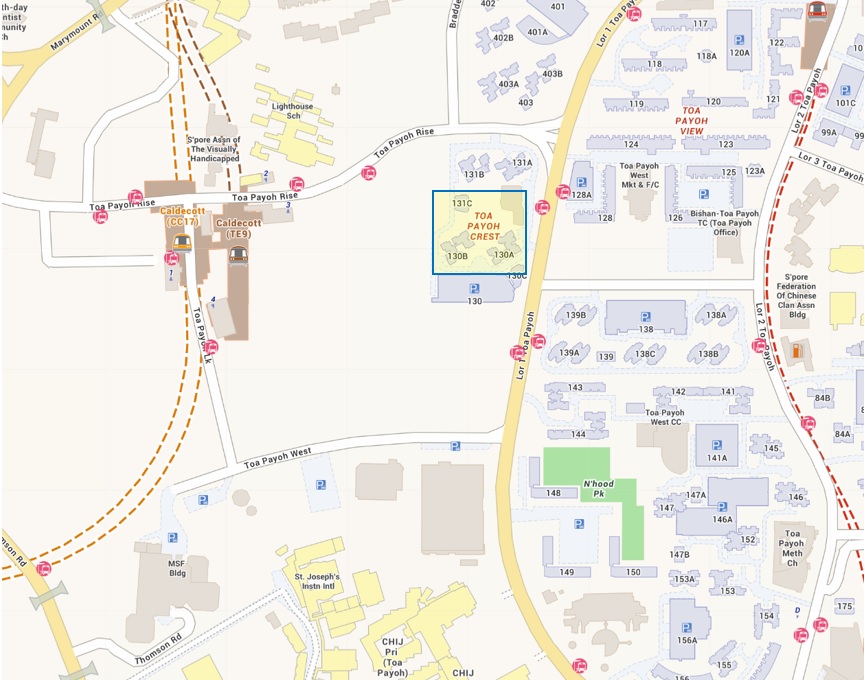 Amenities:
Toa Payoh Crest is conveniently located within walking distance to two MRT stations – being an estimated 300 m from the Caldecott MRT station and about 450 m from the Braddell MRT station.

Situated within a mature estate, there a wide range of amenities around the project, including Toa Payoh West Market and Food Centre, shops within the development, Toa Payoh Hub and Junction 8 in Bishan.

TAMPINES
For those looking at HDB resale properties in the East, one project that may garner some interest is Tampines GreenEdge. It was launched for sale under the November 2014 BTO exercise and comprises 451 flats (3-, 4-, and 5-room standard flats) across four 12-storey blocks. Two other blocks (492E and 492F) in Tampines GreenEdge are set aside for rental housing and are not for sale. 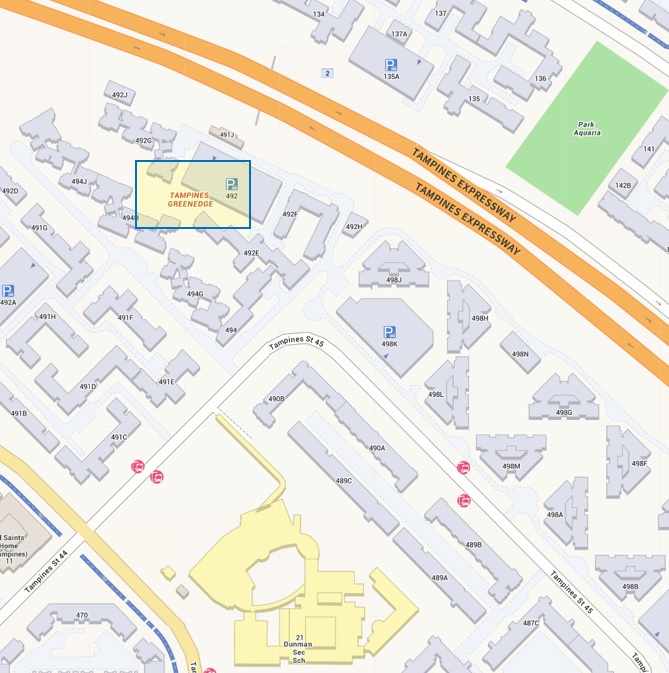 Amenities:
Tampines GreenEdge is not particularly near any MRT station, with the closest one being Tampines East MRT station on the Downtown Line about 800 m away. The project features lush greenery and is self-sustaining, with shops, eating house, and minimart.

For more retail offerings, residents can take a short drive to the malls in Tampines Central and White Sands in Pasir Ris, as well as the Giant Hypermarket, IKEA Tampines and Courts Megastore at the Tampines Retail Park. Nature lovers and cyclists may like this project as it is near Tampines Eco Green and the park connector.

Schools: Primary schools that are within 1-km from the project are Casuarina Primary, Gongshang Primary, Tampines North Primary, and White Sands Primary. Other schools in the area include Loyang View Secondary, Dunman Secondary, Meridian Secondary, and Tampines Meridian Junior College.